Find Your Next Home in Atlanta

I'm always looking for places close by to explore and today I came across South Peachtree Creek Trail.  The trail runs through a few neighborhoods (Masons Mill, Medlock Park, and Clairmont Heights) that border Emory Universities, Clifton Rd. on the NE side of Atlanta and North Decatur.  The trail is just under 2 miles long and about 80% shaded by old-growth trees.  If you're looking for a place to get away from the noise and traffic of the city it's a quiet place to unwind and get a little exercise.  The shade that the tree canopy provides is especially nice on hot summer days in the Atlanta for the pups, but bring plenty of drinking water for yourself and your pups.   Free parking is available at Masons Mill Park which is on the northwest side of the trail towards N Druid Hills Rd. and at Medlock Park on the southeast side. The trail offers some off-pavement trails to explore the remains of the Old Decatur Water Works, which was listed on the National Register of Historic Places in 2006.  The application package, which is available through the National Park Service. 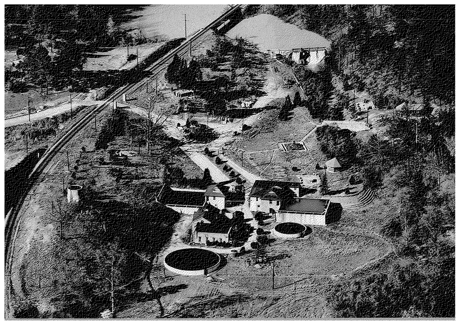 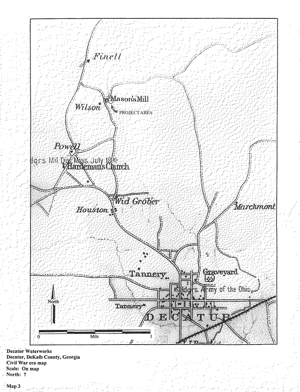 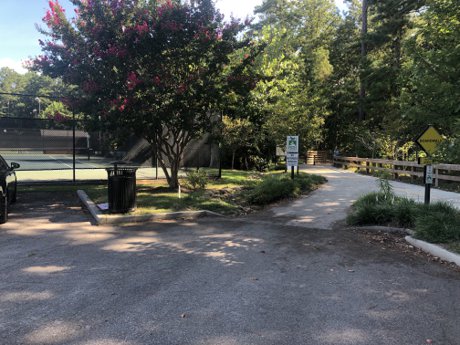 Posted in Atlanta News, Community, Culture, and History
no comments yet

If you’re looking for a great place to run, walk, or just get a break Atlanta offer plenty of natural beauty for everyone.  One of my favorite sites to find out about new places to explore is Atlanta Trails.  Atlanta Trails provides detailed information on many of Atlanta and the surrounding areas parks and hiking trails.

View More
Posted in Atlanta News, Community, Culture, and History
no comments yet

For those of us celebrating Valentines Day, I thought it might be interesting to know something about the history and origin of the holiday.  Fortunately, NPR posted an article I found interesting written by Arnie Seipel.  Seipel writes,

"Valentine's Day is a time to celebrate romance and love and kissy-face fealty. But the origins of this festival of candy and cupids are actually dark, bloody — and a bit muddled. Though no one has pinpointed the exact origin of the holiday, one good place to start is ancient Rome, where men hit on women, by, well, hitting them.

Those Wild And Crazy Romans

From Feb. 13 to 15, the Romans celebrated the feast of Lupercalia. The men sacrificed a goat and a dog, then whipped women with the hides of the animals they had just slain.

The Roman romantics "were drunk. They were naked," says Noel Lenski, a historian at the University of Colorado at Boulder. Young women would actually line up for the men to hit them, Lenski says. They believed this would make them fertile.

The brutal fete included a matchmaking lottery, in which young men drew the names of women from a jar. The couple would then be, um, coupled up for the duration of the festival — or longer, if the match was right.

The ancient Romans may also be responsible for the name of our modern day of love. Emperor Claudius II executed two men — both named Valentine — on Feb. 14 of different years in the 3rd century A.D. Their martyrdom was honored by the Catholic Church with the celebration of St. Valentine's Day.

Later, Pope Gelasius I muddled things in the 5th century by combining St. Valentine's Day with Lupercalia to expel the pagan rituals. But the festival was more of a theatrical interpretation of what it had once been. Lenski adds, "It was a little more of a drunken revel, but the Christians put clothes back on it. That didn't stop it from being a day of fertility and love.

Around the same time, the Normans celebrated Galatin's Day. Galatin meant "lover of women." That was likely confused with St. Valentine's Day at some point, in part because they sound alike." Read More on NPR.org

Curious about local real estate? So are we! Every month we review trends in our real estate market and consider the number of homes on the market in each price tier, the amount of time particular homes have been listed for sale, specific neighborhood trends, the median price and square footage of each home sold and so much more. We’d love to invite you to do the same!

Get Local Market Reports Sent Directly to You

You can sign up here to receive your own market report, delivered as often as you like! It contains current information on pending, active and just sold properties so you can see actual homes in your neighborhood. You can review your area on a larger scale, as well, by refining your search to include properties across the city or county.  However, if you’re looking for a professional broker price opinion of the value of your property please contact us anytime we will be happy to provide you with a comprehensive evaluation of your properties market potential.